Apple, the tech giant that changed your world with the introduction of the iPhone, iPad, iPod, iMac, AirPods and Apple Watch, just filed a patent for a unique ring that has the ability to interpret hand gestures and interact with other devices. 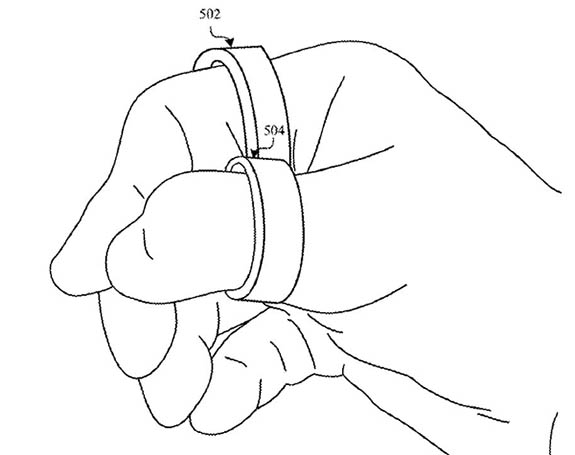 According to pymnts.com, SMI technology sends laser beam pulses out into the world and then, by measuring how long it takes for those beams to return, measures its own orientation in space.

In its patent application, Apple noted that the ring might be used alone or in pairs for AR (augmented reality), VR (virtual reality) and MR (mixed reality) applications.

By wearing two Apple rings — one on the index finger and another on the thumb, the user might move her fingers in the air to imitate the pinching, zooming or swiping action used on actual devices. The ring might also detect an Apple Pencil in the user’s hand and be able alter the writing tool’s functionality with a flick of the wrist.

Another unique feature of the Apple ring is its ability to sense its position in relation to other devices.

The website ubergizmo.com speculated that the ring could also be used to help tell another device — like a pair of smart glasses — exactly “where” the Apple Pencil is in relation to the glasses so that users could draw virtually in the air.

Clearly, Apple has ring-based technology on its radar and its only a matter of time before something very cool is released to the public. We’re guessing that a future line of Apple rings will be offered in white, yellow and rose gold. Stay tuned.