Welcome to Music Friday when we bring you throwback songs with jewelry, gemstones or precious metals in the title or lyrics. Today, Bobbie Gentry’s autobiographical “Chickasaw County Child” tells the story of the four-time Grammy winner’s unlikely rise to fame despite her hardscrabble upbringing in rural Mississippi. 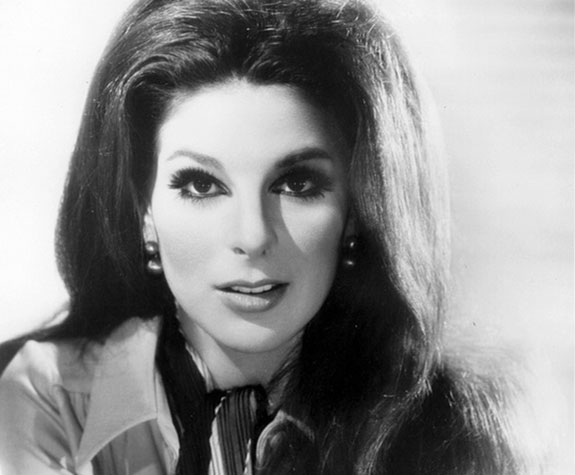 In the song, Gentry’s mom assures the young girl that she’s gonna be somebody someday. There’s nothing in the world can hold her back because she’s got style. The pretty girl radiates confidence and proudly wears her favorite accessory, a faux ruby ring.

Gentry sings, “Sportin’ her checkered feedsack dress / A ruby ring from a Cracker Jack box / Shufflin’ on down that gravel road / Barefooted and chunkin’ rocks.”

Later in the song, we learn that her mom’s assessment was right on the mark, as the young woman — supplied with a tin can of blackstrap sorghum molasses and a Farmers’ Almanac — heads to California to pursue her dreams.

The song opens a window into the life of Gentry, who was actually raised — not by her mother — but by her paternal grandparents in a home without electricity or plumbing. Gentry’s parents were divorced shortly after she was born, and her mom had moved to California. Legend has it that her grandmother traded one of the family’s milk cows for a neighbor’s piano so the youngster could study music. Later, Gentry lived with her dad in Greenwood, MS, and learned to play the guitar and banjo.

At age 13, Gentry reunited with her mom in California. For a short time, they performed as a duo. Gentry attended UCLA as a philosophy major and supported herself by performing at nightclubs and country clubs. Later, she transferred to the Los Angeles Conservatory of Music, where she took classes in composition, music theory and arranging. In 1967, at the age of 25, Gentry recorded a demo of “Ode to Billie Joe,” which she took to Capitol Records. The song would top the charts and become an international hit.

Released in 1967 as the third track of Gentry’s debut studio album, Ode to Billie Joe, “Chickasaw County Child” became the signature song for the artist who would continue to celebrate her Mississippi heritage.

Trivia: When the album Ode to Billie Joe peaked at #1 on the US Billboard Top LP’s chart, the album it displaced for the top position was the Beatles’ iconic Sgt. Pepper’s Lonely Hearts Club Band.

Please check out the audio track of Gentry singing “Chickasaw County Child.” The lyrics are below if you’d like to sing along…

Momma said “Look-a here, Dumplin’
You’ll go far ’cause you got style”
Ain’t nothin’ in this world gonna hold her back
Her pretty Chickasaw County child